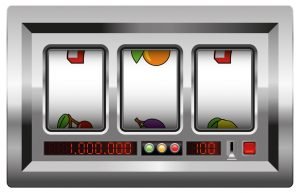 Online casino players are certainly spoiled for choice when it comes to slots. With so many varieties, features and themes to choose from, one could easily feel overwhelmed. However, once you decide on a 3-reel slot or 5-reel slot preference, finding your slots favourites become a lot easier.

Why are 3-Reel Slots Popular?

Since the very first online casino was established in 1994, 3-reel slots have enjoyed a loyal following of players from all corners of the globe. They’re also referred to as classic slots, due to the fact that so many of these games feature traditional casino icons like sevens, gold bars, bells and fruit symbols like oranges and cherries. What still makes them a hit with players after all these years? Most will say it’s the simplicity of the 3-reel layout and the fact that the paylines are limited too – some offer only one payline. Another user-friendly feature is the paytable, which appears on the same screen as the spinning reels, making it easy to identify a winning spin and its value.

1. Break da Bank. Packed with payout potential, this 3-reel, 5-payline slots game echoes a monetary theme throughout – from its purple colouring, silver vault and gold coins displayed in the background.
2. Major Millions. This progressive 3-reel, 3-payline slot comes complete with a quick intro video and offers an enticing jackpot payout – this will pay out if three Major Millions symbols appear on the 3rd enabled payline on a max bet.
3. Bar Bar Black Sheep. The name of the game sets a comical tone on this 3-reel, single payline slot. The symbols include bars, wool, white sheep and of course, a black sheep which also acts as the Wild.
4. Couch Potato. This colourful, zany and fun 3-reel, 1-payline slot boasts a variety of bright symbols, including bars, cherries, sevens and the Couch Potato logo, which is the substituting Wild.
5. Fruit Fiesta. Another fun-filled progressive is this 3-reel, 3-payline slot. It’s packed with fruit symbols, bars and sevens and will pay out its jackpot when the Fruit Fiesta logo appears across the 3rd payline on a max bet.

Why are 5-Reel Slots Popular

Better tech and innovation from software providers have led to the creation of 5-reel slots games, also known as video slots. Aside from being filled with interactive features, cool animation, sound effects and bonus rounds, they’re also designed around a variety of themes, ranging from sports, adventure and romance to mythology, science fiction and movies.

1. Mega Moolah. The name says it all. Released in 2006, this 5-reel progressive jackpot slot still takes the top spot. Known as the millionaire-maker, it also holds the record for the biggest online jackpot payout to date – a whopping €17.9 million.
2. Avalon. This 5-reel, 15-payline slot has been around for over a decade, yet it still ranks as the top non-progressive online slot in the world. It might be themed around the fabled island and King Arthur, but its payouts are very real and sought-after.
3. Thunderstruck II. The 5-reel sequel to the original Thunderstruck was released in 2010 and still remains a player favourite. Its awesome animation, mythology inspired theme, iconic characters like Thor and 243 ways to win are the top reasons for its popularity.
4. Immortal Romance. Inspired by the popular vampire genre, this 243-ways-to-win, 5-reel slot offers four levels of unique features that can be sequentially unlocked when Scatters appear.
5. Break da Bank Again. This 5-reel sequel to its 3-reel predecessor was launched in 2008 and was designed with high rollers in mind. Though the symbols are simplistic, the payouts are worth spinning for.