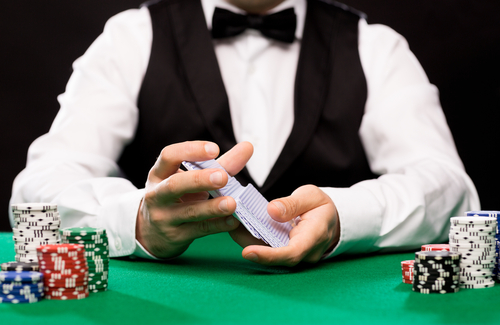 Online gaming has secured a firm grasp on the gaming industry and shows no signs of slowing down anytime soon. What’s more, the online gaming industry is a hot topic for regulators and people around the globe. Sadly, the budding industry has been criticised by many who have doubts over the fairness of the games. But, British Columbia in Canada is making great strides with the launch of its first-ever live dealer casino.

Thanks to the advent of technologies, the industry has found a way to bust all the myths about the so-called “dark side” of the industry. As a result, the concept of a live dealer casino has continued to gain popularity and more software developers and online operators are working to introduce new, exciting games to the Canadian market.

Just last week, the British Columbia Lottery Corporation (BCLC) officially announced that the provincially-run PlayNow.com online gaming casino has launched the very first live dealer casino in BC. The website is said to offer a fantastic selection of 10 gaming tables. You can play live roulette, blackjack, baccarat, baccarat eSqueeze and even auto roulette from any location and for real money – which means there’s the chance to win real cash jackpots.

Players can play the live dealer games via their desktop PC or mobile devices. However, it’s not a case of playing whenever you want to. The live dealer casino is only available from 10 am to 2 am.

The casino is powered by one of the leading developers of live dealer gaming, Evolution Gaming. The developer only entered the Canadian market last year, having signed a five-year deal with BCLC. According to the deal, Evolution Gaming must stream video of 10 real tables in real time.

While this is a dedicated live dealer casino, it’s not the first to offer live dealer games to the BC market.

Interestingly, Microgaming was one of the first to host live dealer games right from a studio in Toronto. The games, however, weren’t just for North American or Canadian players but were made available throughout the world on various online casino platforms.

In Canada, online gaming is somewhat of a legal grey area. Offshore websites aren’t permitted to target Canadian players unless they receive authorisation from the government.

These days, more players prefer to play online as it saves time travelling and waiting your turn at a brick-and-mortar casino. But, there are so many other benefits. From sensational bonuses and promotions to