New NetEnt Slot Will Transport You Back to the 80’s 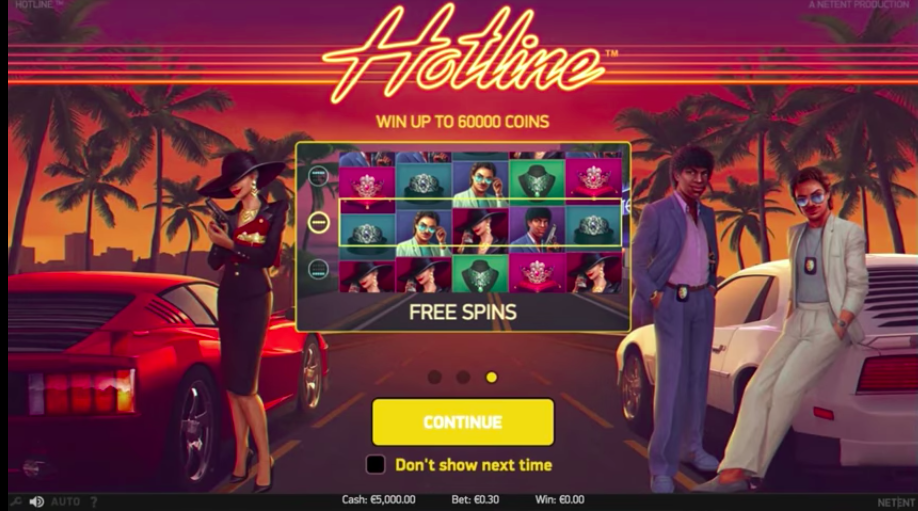 New NetEnt Slot Will Transport You Back to the 80’s

Get ready for a brand-new NetEnt slot in March. The award-winning iGaming developer has announced the launch of its new game that is sure to transport you right back into the 1980s.

If you love NetEnt’s games, then you’ll already be well aware that they only produce the best games in the industry. The company has won a mountain of awards for their novelty and well-designed titles. That’s why you ought to be incredibly excited about their latest announcement, the release of a brand-new online slot game called Hotline, due for launch on March 22, 2018.

The slot is expected to be as immersive as always, so you can look forward to some exceptional graphics and rather interesting bonuses. There’s no denying that NetEnt revolutionised the online casino industry with their 3D game offerings and Hotline is expected to raise the bar even higher. While the game was initially earmarked for the title, “Miami Pursuit,” it was later changed to “Hotline.”

About the New NetEnt Slot

Inspired by those corny 80’s action series, you can expect plenty of action on the reels. The Hotline slot won’t just bring you the best of popular action TV shows in the 80’s, but also those neon fashion threads and 80’s synthesiser sounds synonymous with the period.

Players can look forward to a brand-new innovation from NetEnt, too, in the form of the Hotline mechanics. It’s a pretty simple concept where you, the player, get to choose one particular row. The row then becomes a Hotline and any Wilds landing on the row will expand to cover your reel and stick during your Re-Spins.

One of the nifty things about this game is that you can always choose at least a hotline. However, you can select either two or even all of the rows to become your hotlines in return for a heftier bet.

During your Free Spins, which will be activated when you have a minimum of three Scatters appear on your reels, the expanded Wilds stick sticks around for the entire Free Spins which makes for some seriously exciting video slot entertainment.

And then there’s the Hotline Bonus feature. Thanks to that feature, this online slot game can be thought of as a multivariance NetEnt slot, sure to entice many online casino players, especially those who love the thrill of free spins and loads of extra reels action.

It’s not unusual for NetEnt games to be much-anticipated. In fact, the developer’s games have easily become some of the most popular around. From Gonzo’s Quest to Starburst and the infamous Mega Fortune, there’s no doubt that Canuck slot fans will love this new release.