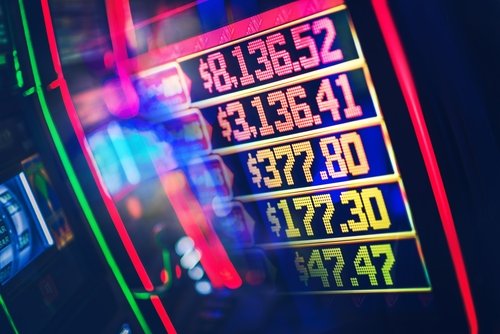 One very lucky Canuck has landed the second Microgaming Mega Moolah progressive jackpot of the year, adding a staggering CAD 7.5 million to their bank account.

According to information released by the online operator, Royal Vegas Casino, a veteran Canadian player has, this month, landed the massive progressive slot jackpot. It’s the second time in 2018 (and we’re only three months into the year) that Microgaming’s most popular online slot has awarded a very lucky player its massive pool of cash.

For several years now, Mega Moolah has been one of the most popular slots by far at online casinos across the globe. The game attributes most of its popularity to massive seven and, at times, eight-figure jackpots amassed across a wide network of online casinos that feature the slot.

The latest windfall comes at Royal Vegas Casino. However, it’s not the largest jackpot in Mega Moolah’s history. Interestingly, it is bigger than the average payout which currently stands at about $5.1 million. As for the biggest Mega Moolah jackpot ever won? That title belongs to Jon Heywood. Mr Heywood scooped a whopping CAD $23.55 million back in October 2015.

Even after a decade, Mega Moolah continues to be a favourite amongst Canadian online casino players. First introduced back in 2009, Mega Moolah quickly soared in popularity as the very first large-scale progressive jackpot slot on the internet. It quickly captured the attention of players around the world, and it continues to grow from strength to strength – and jackpot to jackpot. Over the years, software developer and gaming mega-giant, Microgaming, has introduced several other progressive slots that share the very same jackpot, including Mega Moolah Isis.

The original game, though, sports an African safari theme and some seriously cool graphics (especially when we realise it was created nearly a decade ago). To get a chance to hit one of the four jackpots, you need to enter the jackpot round, which is usually triggered at random, and then spin the wheel. There is a range of fields on the wheel, but just one of them will award you that life-changing Mega Jackpot. The jackpot seeds at $1,000,000.

Where Can Canadians Play Mega Moolah?

Royal Vegas is merely one of the many Microgaming-powered online casino operators that host the Mega Moolah slot. Essentially, the jackpot accumulates across a network of all casinos that host the game, which is exactly why there have been so many hits over the years.

All you have to do is pick an online casino, create a new player account and start playing. Don’t forget to take advantage of welcome bonuses and free spins to boost your bankroll and stand an even bigger chance of hitting the big time. While you’re at it, don’t forget to try your hand at other popular online casino games like video poker and roulette. Or, pull up a virtual chair with a live dealer and have some serious fun.

Previous post: How to Make the Most of Online Casino No Deposit Bonuses