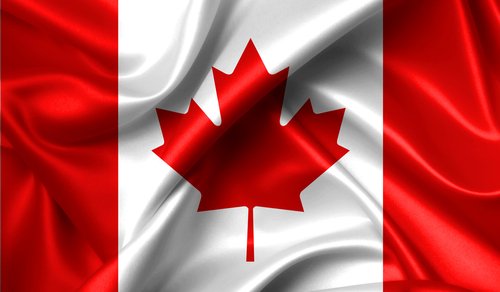 44-year-old Canuck, Mark Scheinberg is one of the 10 richest people in the country. The announcement was made earlier this month when Forbes released its latest World Billionaires List. The Canadian entrepreneur and co-founder of one of the largest sites in the online gaming industry, PokerStars made it onto the yearly ranking which boasts no less than 46 Canucks and 2,208 billionaires around our world.

Scheinberg is an Israeli-Canadian businessman with a net worth of US$4.8 billion, and the ninth richest person in our country. Scheinberg was born in Israel and moved over to Canada at the age of 13. 17 years ago, the computer programmer along with his father founded PokerStars.

With the success of not only online video slots but also online poker in North America a decade ago, the site quickly became the biggest and most successful poker site on the globe. The father and son team were deemed pioneers in the industry and by 2014, Scheinberg was CEO and majority shareholder of PokerStars’ Rational Group Ltd.

In August that year, the Rational Group along with its assets were acquired by the Amaya Gaming Group, which is today called The Stars Group, for a staggering $4.9 billion. That sale rendered Scheinberg not just a millionaire, but the richest person on the Isle of Man, where the poker company is located.

The Richest Online Players in the World

When it comes to the wealthiest online gamers in the world, Scheinberg tops the list. But, there are a few other players who have made their billions in the online casino industry.

This lady has quickly outranked many men in the online casino world. Coates is the founder of online betting site, Bet365 and boasts a net worth of $4.1 billion, putting at are 403 on Forbe’s billionaire’s list.

The Israeli businessman located his business to London after jointly founding one of the largest gaming software giants on the market, Playtech. According to Forbes, in 2016, Sage occupied the 495th  place on its billionaire’s rating and an impressive 6th place on the Israeli’s richest people list for his net worth of $3.8 billion.

John co-founded Bet365 with Denis and his also her bother. He holds a quarter of the company’s stocks and is rapidly running up the ranks of the world’s richest people with a worth of $1.9 billion.

While David’s fortune sits just below the billion marks at $800 million, he’s worth mentioning as someone who is making his money in the world of online casino gaming. David is actually the director of a Canadian company, Amaya and has spent a number of years involved in the acquisition of PokerStars. He also became me a millionaire at the age of 34.

While these wealthy people are making their mark in the world of online gaming, there’s still plenty to be said about those who become millionaires overnight thanks to enticing progressive jackpots and high-stakes table games.